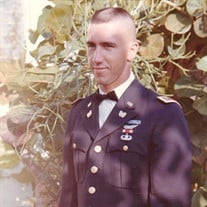 Stanley Q. Coss, was born in St. Petersburg, Florida, on April 2, 1938, to Clement J. Coss, a WWII vet, and Ruth Craven Coss. Stan entered the United States Army in 1958, retiring in 1980 as an Infantry Major, a Senior Parachutist, and a Senior Army Aviator. Stan served two combat tours in Vietnam, and his decorations include the Distinguished Flying Cross for Valor, the Vietnam Cross of Gallantry with a bronze palm leaf for gallantry, and the Expert Infantry Badge as an enlisted soldier. During and after his military career, Stan attended college and graduated with a master's degree in aeronautical science from Embry Riddle Aeronautical University in Daytona Beach, Florida. After retiring from the Army, Stan became a partner with his brother, Jack, and his sister, Pat, in Franklin, North Carolina, as co-owners of Realty World-Mountain Homes. In 1987, he returned to a flying job as a civilian flight instructor for the US Army. He also flew for Petroleum Helicopters, Inc., from Louisiana to platforms in the Gulf of Mexico. He began his final flying career in 1991 as a pilot and manager in the air ambulance industry, retiring again in 2010. Stan returned to Franklin in 2016 where he operated Battle Group Quartermaster, a retail sales business. Stan died on April 9, 2021. He is survived by his former wife, Sallee Coss, of Franklin and his sons, Stan Jr., of Evans, Georgia, Brian of Franklin, and Reed of Atlanta, Georgia, along with their wives. He is also survived by his seven grandchildren, Michael of Loganville, GA, Hailey of Greenville, SC, Davis and Kayla of Grovetown, GA, Jackson of Augusta, GA, Van and Jesse of Atlanta, GA, his brother, Jack Coss of Hendersonville, NC, a veteran of the Korean war, his sister, Pat, of Hartwell, GA, along with several nieces and nephews. He was predeceased in death by his parents and his brother, Donald Coss who died in battle in Korea. Stan attended Franklin Covenant Church. Full military graveside honors and memorial will be held on Saturday, May 8 at 1:00 p.m. at Woodlawn Cemetery. Moffitt Family Funeral Care is honored to serve the Coss family.

Stanley Q. Coss, was born in St. Petersburg, Florida, on April 2, 1938, to Clement J. Coss, a WWII vet, and Ruth Craven Coss. Stan entered the United States Army in 1958, retiring in 1980 as an Infantry Major, a Senior Parachutist, and a Senior... View Obituary & Service Information

The family of Stanley Quentin Coss created this Life Tributes page to make it easy to share your memories.