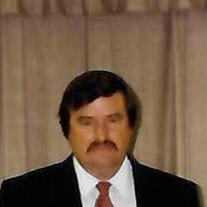 It is with great sadness that the family of Roger Austin Brabson announces his passing after a brief illness on September 29, 2021. Roger, born on May 26, 1951, was the son of Anna Mae Buchanan Brabson and Harry A. Brabson. Roger was known as a master carpenter who took great pride in his craftsmanship. What his formal education lacked he made up for with on the job learning. He was bright, learned easily, and went on to teach others. He was also interested in genealogy and could recall dates and family history effortlessly. Some of the best things about Roger were his kindness, his genuine concern for others, and his great love for his family, especially his children and his grandchildren. He and his wife, Pauline, were married for 49 years. He liked saying he had only fibbed once to Pauline during all their years of marriage when he fell off his diet and ate a cheeseburger which led to a confession when his conscience got the better of him. Roger was friendly and never met a stranger. He loved conversation. Pauline teased him that he talked so much in the grocery store everything in the cart melted before they even checked out. He liked to keep up with what others were really thinking by reading the newspaper section, "Rants and Raves", which gave him plenty to think about and also to talk about. Roger had three little dogs to entertain him, and he was especially fond of his rooster who he claimed could speak. He loved telling he could hear his rooster say, "Let me out of here, Mr. Brabson!" Roger's Christian faith was very important to him. He was a deep thinker who liked to study scriptures and break down difficult passages so that he could understand their meanings. Left with many wonderful memories are his wife, Pauline Ray Brabson; his children, David Brabson (Kim) of Franklin, NC, Angela Brabson of Tuckasegee, NC, and Amanda Stacy (Stuart) also of Franklin; his grandchildren, William, Elizabeth, and Patrick; his siblings, James Brabson (Jane) of Asheville, NC, Jerry Brabson, JoAnn Brabson Bateman (Eddie), and Nathan Brabson (Toni) all of Franklin, NC. Numerous nieces and nephews also survive. He was preceded in death by his parents. Moffitt Family Funeral Care is honored to serve Roger's family.

It is with great sadness that the family of Roger Austin Brabson announces his passing after a brief illness on September 29, 2021. Roger, born on May 26, 1951, was the son of Anna Mae Buchanan Brabson and Harry A. Brabson. Roger was known... View Obituary & Service Information

The family of Roger Austin Brabson created this Life Tributes page to make it easy to share your memories.

It is with great sadness that the family of Roger Austin Brabson...