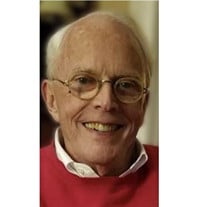 Highlands, NC. Kenneth Dan Adcock, MD died peacefully on Saturday, September 19, 2020. Born on November 12, 1937 in St. Petersburg, Florida, he was the youngest child of Lila Anderson Adcock and Louie Norman Adcock, Sr. Dan graduated from St. Petersburg High in 1955. On August 17, 1957, he married his high school sweetheart and best friend, Judy Liggett. He attended Duke University and was a member of the Kappa Alpha Order fraternity. He continued his education at the University of Florida, earning his bachelor’s degree in 1959 and his Medical Doctorate degree in 1963. From 1963 to 1966, he completed his OB/GYN internship and residency in Charlotte, NC. In 1967, he joined the United States Air Force and served as Captain at Barksdale Air Force Base in Bossier City, Louisiana. In 1969, he moved to Greenville, SC and developed a thriving OB/GYN practice. He loved his patients and staff and was known for how committed he was to all of those in his care. After 35 years in practice, he retired to Highlands, NC in 2004. He enjoyed life in retirement by becoming active in the Episcopal church. He completed The University of the South School of Theology, Education for Ministry course and completed training to teach and participate in the Stephen Ministries program. At The Church of the Incarnation he served on the vestry and many volunteer positions. He also enjoyed volunteering at the Highlands-Cashiers Hospital and with the Four Seasons Hospice program. He celebrated life by keeping in touch with friends and family far and wide. He was a compassionate and enthusiastic supporter for the many people he held dear. These connections enriched his life tremendously and brought him great joy and comfort in his later years. He was truly a bright light that illuminated all of our lives. Dan was predeceased by his former wife, Judy. He is survived by his partner, Thomas Mitchell Cox, daughters Sarah “Sally” Adcock Chambers of Diamondhead, MS, Elizabeth “Betsy” Adcock Baumgardner, and husband, Jim, of Greenville, SC; four grandchildren, Elizabeth Collett Chambers, William Adcock Chambers, James Krae Baumgardner, Jr., and Benjamin Easton Baumgardner, one great grandchild Charlotte Mae Chambers, his brother-in-law Frank Rahm Liggett, III and wife Mimi LeBlond Liggett and several nieces and nephews. He was also predeceased by his brothers and their wives Louie Norman Adcock, Jr, (Mary) and Jack Anderson Adcock (Sarah Jane) and his sister in law Sarah (Sally) Liggett Smith (husband George). A private family service will be held at The Church of the Incarnation (Episcopal) in Highlands, NC later this week. A celebration of life service will be held in Greenville, SC in November. In lieu of flowers, the family requests that memorials be made to Church of the Incarnation, 520 Main Street, Highlands, NC, 28741. Moffitt Family Funeral Care is honored to serve the family of Kenneth Dan Adcock, M.D. Online condolences may be made at www.moffittfamilyfuneralcare.com

The family of Kenneth Dan Adcock created this Life Tributes page to make it easy to share your memories.