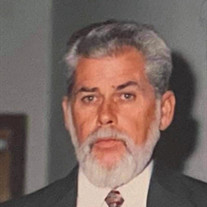 When Ernest Howard Lanham was born in Charleston, West Virginia, on March 13, 1948, it was as if he was born to be a Marine. Howard’s dad, Ernest Atlee Lanham, was a retired gunnery sergeant, and his mom, Arlene Pfost Lanham, was proud to be a Marine’s wife. Howard lived his life true to Semper Fidelis, the dedication Marines have to the Corps, their country, and their fellows. He served in Vietnam during the TET Offensive and was awarded The National Defense Medal; two Vietnamese Service medals, each with five stars; the Vietnamese Campaign Medal, the Combat Active Ribbon, and a Purple Heart. Howard was all about honor, duty, and country. Howard, who was employed at Macon Block Plant for many years, was always a hard worker who liked to stay busy and was diligent about every task he was given. For relaxation, any day at the beach or fishing on the ocean was a great day for Howard. He was known for his compassion not only towards people but also to animals. He loved animals and did his part by rescuing his cats, Sandy and Crystal. True to form, Howard bravely fought to live, but lost that battle on August 22, 2020. He is survived by Leilani Ruth “Ruthy” Hartzog Lanham, his wife of 40 years, and a sister, Carla Lanham. Several nieces and nephews also survive. Preceding him in death are his parents and his siblings, Cathy Jarvis and Richard Lanham. A private ceremony marking the passing of Ernest Howard Lanham, who was one hell of a drill sergeant, will be held at a later date at The Veterans’ Cemetery at Black Mountain, North Carolina. Memorial contributions may be made to The Macon County Humane Society. Moffitt Family Funeral Care is honored to serve Mr. Lanham's family. Online condolences may be made at www.moffittfamilyfuneralcare.com

When Ernest Howard Lanham was born in Charleston, West Virginia, on March 13, 1948, it was as if he was born to be a Marine. Howard&#8217;s dad, Ernest Atlee Lanham, was a retired gunnery sergeant, and his mom, Arlene Pfost Lanham, was proud... View Obituary & Service Information

The family of Ernest Howard Lanham created this Life Tributes page to make it easy to share your memories.

When Ernest Howard Lanham was born in Charleston, West Virginia,...