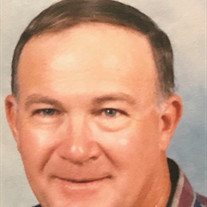 Dockie Walter Cochran, known as Doc by his family and friends, was born in Swain County on February 4, 1937. He was one of ten children of Harley and Fannie Burr Cochran. His parents, a sister, Pearlea Mason; two brothers, Sidney Cochran and Leslie Cochran; a sister-in-law, Barbara Cochran; and a brother-in-law, Jeff Gunter, preceded him in death, as well as his former wife and the mother of his children, Katherine Sanders Cochran, who passed in 1994. Doc is survived by two sisters, Mary Ingle and Geraldine Gunter, both of Bryson City; four brothers and their spouses, Uestes and Dot Cochran of Cherryville; Dewey and Gladys Cochran and Fred and Arlene Cochran, all of Cherokee; and Cliff and Sharon Cochran of Bryson City. A sister-in-law, Dorothy Cochran of Bryson City, also survives. Doc truly loved his three children: Patty Cochran Mason, Carol who is married to Randy Gates, and Kip who is married to Chimene. Patty and Carol liked to pester their dad and Kip by saying Kip was the favorite child, whether or not it was the truth! Doc is blessed with five grandchildren: Enana Jenkins, Jared Gates, Chastity Gates, Dalton Cochran, and Dillon Cochran. Five great grandchildren and one great-great grandchild also survive. Doc made his home at Pigeon Creek. He enjoyed being the place where UPS dropped off packages for his neighbors. He liked being able to complete the deliveries since his “pay” was getting to visit with his friends. He felt as if his neighbors were family, and their actions proved they felt the same. In winter, the Smith family made sure his wood was piled high, and they, along with the twins, delivered meals to him year-round. Far away from Pigeon Creek, Doc found more acquaintances to make into family at “The Ranch” in Deland, Florida. Some of the best times of his life were spent there. Doc never passed up a chance to go coon hunting with his two favorite hounds, Crazy and Jazz. He also liked to spend time camping, loafing, and fishing. A campfire, fellow loafers, and some Bluegrass music was what it took to make Doc happy. Doc spent his last days at Macon Valley Nursing and Rehabilitation Center where his children attended to him as best as they could. He passed from this life on April 5, 2020. His pallbearers are Alan Cochran, John Cochran, Rick Cochran, Jason Cochran, Dalton Cochran, Dillon Cochran, Owen Jenkins, and Jared Gates. Honorary pallbearers are Neil Finch, Ed Downs, and Pat Grant. The family will have a private graveside service. Reverend Don Moffitt, Reverend Michael McConnell, and Reverend Jackie Cochran will officiate. In lieu of flowers, memorials may be made to Pleasant Hill Baptist Church, c/o Dola McConnell 142 Pleasant Hill Road, Franklin, NC 28734. Moffitt Family Funeral Care is honored to serve Doc’s family. https://www.tributeslides.com/tributes/show/9DB845NM2KT2W38M

Dockie Walter Cochran, known as Doc by his family and friends, was born in Swain County on February 4, 1937. He was one of ten children of Harley and Fannie Burr Cochran. His parents, a sister, Pearlea Mason; two brothers, Sidney Cochran and... View Obituary & Service Information

Dockie Walter Cochran, known as Doc by his family and friends,...