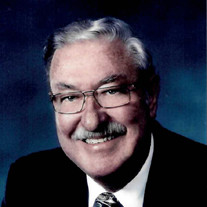 Curtis Alan Rich, Sr., was born in Pell City, Alabama, to Oscar and Mary Neighbors Rich on October 18, 1928. Curtis developed an interest in photography at a early age which lasted throughout his lifetime. As a member of the United States Navy, Curtis attended the Navy School of Photography and was assigned to the Aerial Photography Unit. A highlight of his time in service was working in conjunction with 20th Century Fox filming the movie, “The Frogmen”. Curtis also had the honor of being assigned to accompany President Harry Truman, recording his activities, when he visited the base at Key West. Upon discharge from the Navy, Curtis returned to Birmingham, Alabama, and opened a full fledged photography studio. He missed the south Florida he had loved during his Navy days, so he returned to Miami where he worked for Eastman Kodak. During this time he became involved in the Florida mining and rock blasting industry where he saw the opportunity to market specialized tools, thus founding and operating Curtis Tool Company. Later, Curtis moved to Citrus County, near Crystal River. He became active in Rotary International and was instrumental in forming the Economic Development Committee of Citrus County. Curtis served as Mayor of Crystal River for five terms, from 1990 to 2000. He also organized a community bank, Nature Coast Bank,  now Drummond Bank. Curtis served as Chairman of the Board initially and later as a member of the Board of Directors until about three years after moving to Highlands. Curtis and his wife, Vangie, were very active in local theater and starred in many productions. They retired to Highlands, North Carolina, where they continued to be interested in photography and involved in community events, including theater. Curtis’s family was always most dear to him. His survivors include his devoted wife of 36 years, Vangie Carruthers Rich of Highlands; his daughter, Alana Franceal Rich, of Cullman, Alabama; his son, Curtis A. Rich, II, and fiancé, Kimberly Porter of Crystal River, Florida. He is also survived by two stepsons, William T. Swigert, Jr., (Shane W. Wilson) of Oklahoma, OK and Brett L. Swigert (Nancy Massey Swigert) of Ocala, Fl; his niece, Audryn Kay Swigert of Culver City, California; his grandchildren, Rebecca Crowder Demarco (Justin) of Illinois, and Taylor G. Rich of Crystal River; along with his great-grandchildren, Addison, Cannon and Cora Demarco of Illinois. A memorial service will be held after gathering restrictions are lifted. Memorials made to Four Seasons Hospice, Care Partners, or Highlands-Cashiers Hospital are greatly appreciated. Moffitt Family Funeral Care is honored to serve the Rich family. Online condolences may be made at www.moffittfamilyfuneralcare.com

Curtis Alan Rich, Sr., was born in Pell City, Alabama, to Oscar and Mary Neighbors Rich on October 18, 1928. Curtis developed an interest in photography at a early age which lasted throughout his lifetime. As a member of the United States Navy,... View Obituary & Service Information

The family of Curtis Alan Rich, Sr. created this Life Tributes page to make it easy to share your memories.